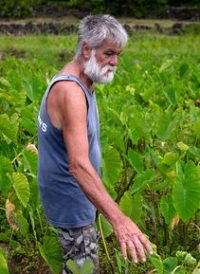 Uncle John Lind passed away on June 22, 2022. We carry on his vision and legacy in all our programs!

Uncle John Lind was a traditional konohiki of the Kīpahulu moku, and co-founder of the Kīpahulu ‘Ohana. He managed Kapahu Living Farm and oversaw all the lands and projects of the Kipahulu Ohana.

Uncle John was a lifelong farmer, fisherman, hunter and butcher, and an organizer of many community initiatives in East Maui, including the Hana Canoe Club, the Hana Surf Club and Ka‘uiki Council. He was involved in the Aloha Association and the Kaho‘olawe movement. He served on the Hana Community Advisory Committee for the Hana Community Plan update. In the 1970s he worked as a Journeyman for the Hawaii Meat Company in Honolulu. Uncle John was recognized in 2008 by the Hawaii Tourism Authority's "Keep It Hawaii" individual award. He was a graduate of Hana High School. 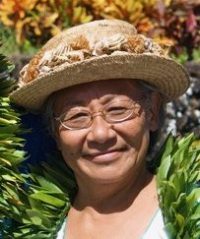 Auntie Tweetie Lind is co-founder of Kīpahulu Ohana. Auntie Tweetie has hosted educational groups and interpretive hikes at Kapahu farm for over 20 years, she is the manager of Kipahulu Kitchen, and she oversees all programs of the Kipahulu Ohana.

Auntie Tweetie has served many years as the chair of ag tent committee for the East Maui Taro Festival, served on the HTA tourism strategic planning committee, president of the Kipahulu Community Association, and has been and is involved in many other community organizations and initiatives. She was raised in Hana and graduated from St. Anthony High School. 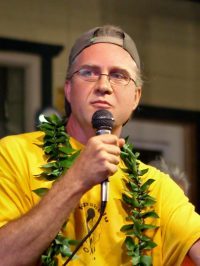 Scott Crawford has been with the Kipahulu Ohana since 2002, providing nonprofit administration, grant writing and reporting, and project and program support in all aspects of the organization.

Scott has been actively involved in Hawaiian issues and has experience working with the nonprofit sector in Hawaii since the early 1990s. He served as po'o/chair of the Maui Nui Makai Network from 2014-2015. He has served five years on the Mayor's Hana Advisory Committee to the Maui Planning Commission (including one year as chair), and also serves on other nonprofit boards in Hana. Scott graduated high school from Seabury Hall in Makawao, and has a B.A. in American Studies and English from Tufts University (1990). 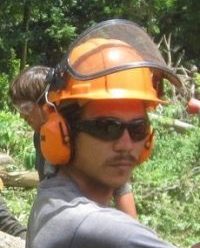 Kane Lind operates and maintains Kipahulu Ohana's equipment, and assists in program areas including agriculture and our Malama I Ke Kai program.

Kane is a graduate of Hana High School, including participation in the vocational program on mechanics and vehicle maintenance. He has completed training for maintenance specific to the organizations’ heavy equipment, including the tractor/backhoe, chipper, farm utility vehicle, and riding mower.

Pekelo Lind assists in all areas of our programs, including agriculture, education and our Malama I Ke Kai program.

Ka'uiki Lind assists in all areas of our programs, including agriculture, education, our Malama I Ke Kai program, and is the guide for our Cultural Interpretive Hike Tours.